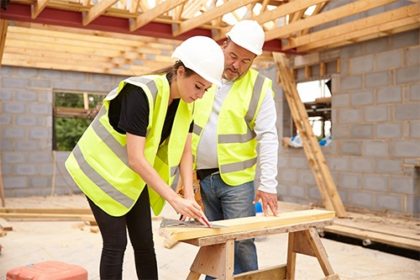 Having a career in the trade industry offers reliable work and income. Yet many teens never consider a trade career when planning potential paths for their future. Here are three reasons why your teen may be overlooking a lucrative career path that can lead to long-term success.

Here are a few comparisons so you can see the difference in earning potential for yourself:

2. Surrounding culture doesn’t support the trade industry.
The truth of the matter is our culture glorifies careers that require years of expensive schooling. Characters in shows and movies often praise the son or daughter who is a doctor, lawyer, actor, or sports star rather than a construction worker. Our culture, as a whole, doesn’t seem to support the trade industry. We’ve never understood this! And frankly, we think it’s silly.

It’s up to parents, grandparents, aunts, uncles, teachers, and neighbors to change the stigma about working in the trade industry. If your teen shows interest in the industry, be sure to let them know it’s a valid option!

3. The traditional education system pushes college.
Teens may not be considering trade career options that don’t include college because our educational systems aren’t considering them as an option. Now, hear us when we say there is nothing wrong with a teen wanting to pursue an education after high school. There are some students that would thrive in a skilled trade career, but they don’t realize it’s a valid option because schools aren’t educating students on all of their options. It’s time to educate guidance counselors on the rewarding careers in the construction trades and bring back shop programs in our schools.

The bottom line for anyone advocating for their teen’s future, skilled trades positions are a valid and reliable career path. In fact, by 2028 there will be 3 million job openings in the skilled trades. The industry is looking for reliable, hardworking individuals who want to learn and build their skillset. If you or your teen has questions about the industry, let us know! We’d love to help you find answers.

The information in this post was found through The News Blog of the National Association of Home Builders.

As a family-owned business, we value our ability to build personable relationships with our clients. We remain grateful to those who have chosen Specktacular Home Remodeling throughout the years. Our clients remain our friends and we continue to maintain trust as we complete multiple projects, years beyond our first remodel together. A client's best compliment is when they refer us to their friends, coworkers, and family members. We would love to make you part of the Specktacular family!